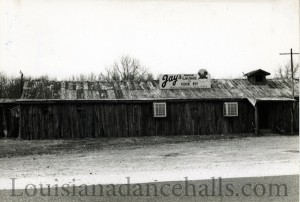 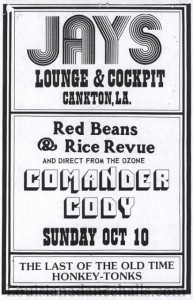 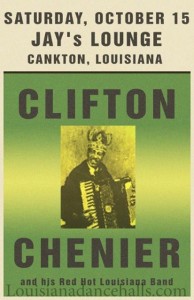 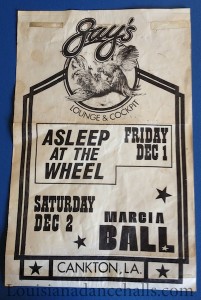 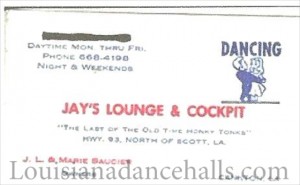 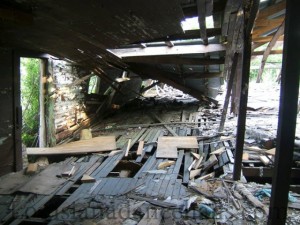 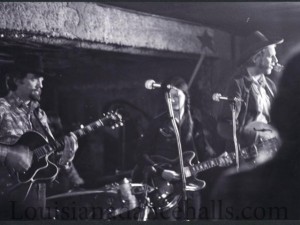 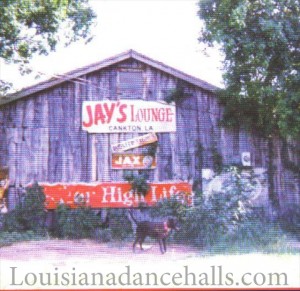 Photo from the Johnnie Allan Collection at the Center for Louisiana Studies, University of Louisiana at Lafayette. Current site photos by John Sharp, Newspaper photos by John Slaughter, . Photos from Facebook group Lafayette Memories: Photo of end of building with dog by Larry Thomas and other photos by George Baumgartner.

Former bartender Mark Babineaux- “This twirling arm stuff you see people doing while they dance now came from the hippies dancing at Jay’s. Red Beans and Rice, Asleep at the Wheel, Michael McDonald, Marcia Ball all played there! Rooster fights in the back while a band was in the front. Old people gambling and watching roosters fight, hippies drinking & dancing, Clifton Chenier playing, kids running around- it was really something! I met people from France, Belgium, Canada, and lots of other countries there when they’d come to visit. (owner JL) Cormier would stick a rooster from the fight the night before in the beer box to cool off to make a gumbo. He’d forget to tell you and when it got busy, you’d reach into the cooler to get a beer and pull out your hands covered with chicken blood and feathers. It would really freak you out! Then you’d wipe off the beer and give it to the customers- that’d really freak them out. They didn’t know there were dead chickens laying all on top of the beers. It was an old place- (another bartender) Tony fell through the floor one time. Oh yeah! Asleep at the Wheel was playing and we were packed. He went to hand some drinks to customers and the floor gave out under him. He never let go of the drinks- all you could see was two hands holding drinks over the bar. One night a mama possum and her babies ran across the floor and into a hole. Another night there was a snake wrapped around the cash register. Banditos & Hell’s Angels bike gangs would come in- nice people never had problems with them. Everybody just had a blast.”

LouisianaDancehalls.com reader comment Jane: “About 1975 or thereabouts I remember going to Jay’s to see Clifton (Chenier). I think his wife (or I thought so for all these years) was selling tickets at the door. Clifton wasn’t able to play that night and I asked her why. She said he had “tick (thick) blood”.  I remember the huge fan inside. I remember the cock fights you had to pass if you went in the back door. I only did that one because it was barbaric.”